Charter for the “Best Practices of the Creative Tourism“

As an increasing sector, it requires to be protected from any forms of intrusisme which could lead to a misuse of the concept, an abusive business of supposedly experiences and the loss of values inherent to the creative tourism (in terms of sustainability, local community’s empowerment, economic dynamization, intangible heritage preservation, etc. ).

That’s why, the Creative Tourism Network® acts as an observatory that elaborates a work-in-progress charter and reward the best practices through the “Creative Tourism Awards“. 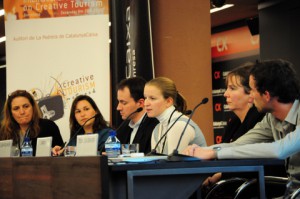 The redaction of the “Best Practices of Creative Tourism” started within the International Conference of Creative Tourism, held in Barcelona in December 9th-10th of 2010.
It deals with a work-in-progress in which you can take part by sending your proposals to:
info@creativetourismnetwork.org 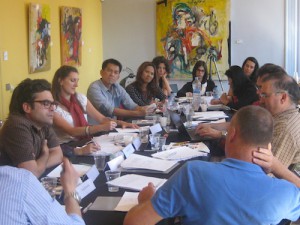 Experts from many countries took part in this meeting held in Barcelona in June 13-14th of 2013, organized by ATLAS with the Creative Tourism Network® and headed by the Professor Greg Richards.
Cases of creative tourism from Catalonia, The Netherlands, Hungary, Portugal, Italy, UK, Denmark, Brazil, the USA and Thailand were discussed during this fruitful sessions in which the experts also worked on the “Best Practices of Creative Tourism“.

The Creative Tourism Network®, was awarded “BEST INITIATIVE OF RESPONSIBLE TOURISM 2013” FOR ITS CODE OF ETHICS OF THE CREATIVE TOURISM SECTOR from the 7th International Conference on Responsible Tourism.
(www.rtd7.org)

THEY SAID ABOUT CREATIVE TOURISM: