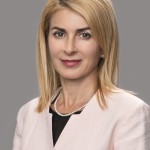 The city of Gabrovo, certified CreativeFriendlyDestination and CreativeCity of UNESCO, is a very inspiring one and a model for the creative economy.  We had the honor to interview Mrs.Tania Hristova, Mayor of Gabrovo,  who kindly accepted to expose her strategic vision of the city.

– CreativeTourismNetwork® (CTN):  What makes Gabrovo so unique? How would you define its DNA?

– Tania Hristova (T.H.) – I would say , The GABROVIANS. And I probably will not be wrong!

Gabrovo is situated in the middle of Bulgaria, marked by the official geographical center of the state. It is therefore often described as lying in the heart of the country. However, the heart is not a matter of geography alone. Gabrovo deserves the connotation with the very heart, having, from its legendary foundation always been a place of productivity, pulsating with energy. With a population of 52 169 people (as of December 2018, according to NSI data), Gabrovo is one of the longest cities in Bulgaria with its 25 km.

Gabrovo is unique with its history, which takes us back in time, a journey that is exciting, inspiring, and respectful. The city history gives us countless reasons to be proud of and ensures the self-confidence of people marked by a bright personality, freedom-loving and independent, strong and worthy, enterprising, and inventive.

But Gabrovo is also a city with a unique present, as evidenced by the unique museums which can be seen only here – National Museum of Education, Museum House of Humor and Satire, Regional Ethnographic Open-Air Museum “Etar”, Interactive Museum of Industry, Museum Of The Architectural Historical Reserve “Bozhentsi”.

The self-confidence of the people of Gabrovo is related to the innovation they express for which has clear historical evidence, but the most vivid and current today is the self-confidence we have and which is related to the emblem of Gabrovo contained in the artifact “Gabrovo humor” and experienced by the character of the Gabrovians – measured, thrifty, saving and frugal. “Capital of Humor” is the brand that has been translating Gabrovo into all languages for decades and making us convertible.

Laughter is a trademark of Gabrovo and the only Carnival of its kind in Bulgaria is held here every year in May, during the Festival of Humor and Satire. It is difficult to prove the uniqueness nowadays, but Gabrovo has advantages definitely and they are not few. We can point the nature, which is an important prerequisite for everything that happens from now on. Because nature is the nuance that softens the characteristics of our city, the industry exists in harmony with our cultural life, with its foundations as crafts and traditions, humor and satire, contemporary arts.

One of the greatest artists of our time Christo Vladimirov Javacheff, known as Christo, was born in Gabrovo. He was an artist noted for his large-scale, site-specific environmental installations, often large landmarks and landscape elements such as bridges and outdoor spaces wrapped in fabric, including the Wrapped Reichstag, The Pont Neuf Wrapped, Running Fence in California, The Gates in New York City’s Central Park, The Floating Piers, at Lake Iseo near Brescia, Italy.

Gabrovo is also known as a city of monuments and bridges. The bridges in Gabrovo tell stories with stone and metal. The Yantra River and its tributaries have been one of the main factors in the founding of the city and the needs of the locals to cross the river are since its inception. Gabrovo bridges are among the wonders of the city. Half of the 20 bridges in the city are of particular architecture and are dedicated to specific events or phenomena, making them unique cultural monuments.

And what to say about the memorial of Racho Kovacha! Racho Kovacha was the mythical founder of Gabrovo and his anvil-shaped the means of living of the settlement. The Gabrovians have placed his statue upon a cliff in the Yantra River to save residential area and not to waste money on flowers on the monument. He gave the town the aspect of a craft-oriented settlement. As the legend goes the name of the town is derived from the name of the yoke-elm tree (‘gabar’), rising over his workshop.

During the Revival, numerous impressive residential houses and public buildings, churches, fountains, bridges, a clock tower, etc. were built. The first Bulgarian secular school was opened in Gabrovo in 1835, the first textile factory – in 1882. Gabrovo is where modern factory production in Bulgaria was initiated more than 150 years ago. In the 19 th century crafts and trade proliferated, Gabrovo was called “The Bulgarian Manchester” and known throughout Europe and in the near East.

One of the most famous people in Gabrovo from these times is Pencho Semov. He is one of those Bulgarians who embraced the enthusiasm of the newly liberated homeland and created modern industry thanks to his entrepreneurialism. His bright mind, his desire for knowledge and his courage to follow brave and brilliant ideas turned him into a successful industrialist, whom journalists would call “The Bulgarian Rockefeller”. He was a shareholder in 28 companies and factories and participated in the management of four banks and two insurance companies. He was also one of the few Bulgarians to spend money on Bulgarian culture. He sponsored Kiril Todorov, author of the monument of Vasil Aprilov in Gabrovo and provided money to sculptor Joseph Skvara, who created the marble iconostasis in the Gabrovo chapel. In addition, he donated his villa in Varna to the Union of Journalists and created one of the first social institutions for homeless people in Sofia.”

CTN – Why betting on creativity, creative economy, and creative tourism?

T.N. – Recently, Cultural tourism is becoming increasingly important and attracts more and more attention. This new generation of tourism motivates different groups of people to visit historical, archeological, architectural, and other landmarks and to become participants in various cultural events, such as festivals, fairs, carnivals, competitions. The tangible and intangible cultural heritage is fully used. It creates good preconditions for the development of modern creative tourism, which is becoming more and more active worldwide.

Gabrovo is the only Bulgarian city, a member of the Creative Tourism Network®.

One of the main reasons to become members of the Network is our belief that creative tourism leads to many benefits for the economy.

The funds from tourism are redistributed to all participants in the tourism product, reaching local people, increases the time spent in the region, counteracts of seasonality, the sustainability of both the tourist product and the resources it benefits from is achieved.

Creative tourism is valuable for the local economy, as the main factor for its development is the participation of the local people.

It allows visitors to get to know the past of the region easier and longer by empathizing different aspects of it, brings emotions that are the product of personal creative participation in educational processes related to visiting different places, creates bridges at different levels and between different arts, provokes attempts to compare the traditional and the modern and to combine them into a new kind of heritage.

Creative tourism contributes to the development of the souvenir industry because it provokes the creative potential of visitors. It expands the possibilities of offering tour operator services. As it also implies a longer stay, it can help to expand and help hotel and restaurant services.

CTN – What are the most outstanding creative tourism experiences proposed in Gabrovo?

T.N. – The Creative tourism is considered as a new generation of tourism – travel-experience, it offers the clients to develop their own creative potential through active participation in various activities, learning about the tourist destination through everyday life, local current topics and crafts, along with local residents, creating their own unique tourist product. This is tourism in which natural, cultural and own resources are not manipulated and exploited, but valued and enriched.

The Regional Ethnographic Open-Air Museum “Etar” is a vigorous participant, working actively for the development of creative tourism, along with the cultural one. The museum has extensive experience in using crafts as an opportunity to study the Revival past. The Museum is a good example as an organizer of special events and a place for presentation, preservation and promotion of traditional Bulgarian home crafts. The line of the museum is for visitors to empathize with the past, giving them creative provocations that will affect all the senses. Educational programs and initiatives are organized, in which they learn about the crafts and tools used by the craftsmen, make demonstrations and reconstructions, arrange workshops for children and adults in various homework – making Christmas decorations and survachki cornel twigs / decorated cornel twig used by children to tap people’s backs when wishing them a Happy New Year/, decorating ritual bread, painting with vegetable dyes, preparation of pickles, decorations with braid, etc.

The Gabrovo Carnival, the Festival of Humor and Satire are new purposes of travel that enrich the already existing travel proposals for creative activities related to crafts, for which our city was recognized as Creative city of Crafts and Folk art by the UNESCO Creative Cities Network in 2017. This recognition is an important stimulus and strengthens efforts to establish Gabrovo as a Creative destination suitable for art residencies, practices, training, and creative activities. The value of the UNESCO brand to GABROVO is to improved access to cultural life to all groups of people; expanded opportunities for creators and established new cultural partnerships; enhanced creative and cultural collaboration among all stakeholders; improved culture-oriented policy further incorporated into our development plans; established international cooperation with other member cities; raised awareness on culture as an important resource of creativity aspiring to progress; strengthened production and dissemination of cultural products; brand Gabrovo as a favorable place to create.

The Creative Tourism alone is felicitous for Gabrovo, mostly oriented to small and medium tourist groups, as well as to families with children. This new generation of tourism is associated with the existing tradition in certain industries – ceramics, jewelry making, woodcarving, and iconography. In this sense, an important resource is the traditions of the craft in REMO “Etar”, the Gabrovian humor, conceived as a resource for creating products, the mountain, which is a natural material base and a bonus that brings beautiful nature, as well as the presence of preserved, authentic environment from the past. The folk choir and dancing ensembles are a valuable resource for training and events. Creative tourism is about offering an experience and a feeling, and we – Gabrovo residents – have it and know it.

CTN – In which way is it important for Gabrovo to be part of the Creative Tourism Network®?

T.N. – Gabrovo became part of the Creative Tourism Network® owing to its cultural and creative assets, as well as due to the commitment to creating the much-needed connection between tourism, culture, and education.

For us, it is extremely important to be and above all actively cooperate within the Creative Tourism Network®, considering the importance of this new generation of tourism, its further development, and the widespread recognition of Gabrovo as a Creative friendly destination.

Our participation in this international partnership is extremely important for us, because of ensuring visibility and recognition in the international community, and on the other and – the benefits it brings at the expert level, learning good practices, finding good opportunities for projects and partnerships, and as a result, the quality cultural product is a resource for the tourism industry.