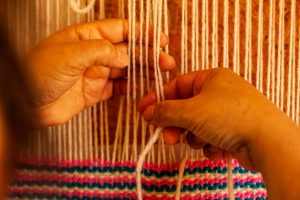 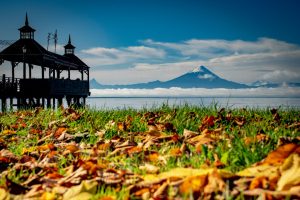 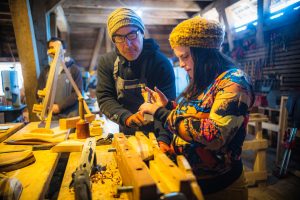 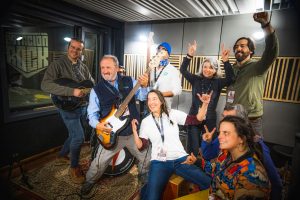 Lake Llanquihue, in southern Chile, is the second largest lake in the country. With an area of 860 km², this hydrographic basin marks the passage of culture as the water from the rivers reaches the lake and through the river travels to the sea. A unique destination where natural and cultural heritage flows and converges.

It is in this place that a creative destination has been consolidated in recent years, among the cities and towns gathered around the Llanquihue Lake basin. There, the world of culture, the arts, the creative economy, and the tourism industry are brought together, promoting and articulating the tourist offer linked to a rich list of initiatives and creative experiences that allow people to delve into the identity of the territory included in the communes of Llanquihue, Puerto Varas, Puerto Octay and Frutillar, which holds the recognition of Creative City of Music by Unesco.

Thus, the gastronomic offer is gathered in the 100K gastronomic initiative, which has brought together chefs, restaurants and gastronomic experiences in the creation of dishes with local and seasonal products, highlighting flavor with territorial identity, obtained less than 100 kilometers away. .

The destination has dressed up as 100K and offers creative experiences in which visitors can go to collect products and learn to cook exquisite dishes from the best chefs. “The 100k fulfills three fundamental purposes: it promotes the development of local identity, reduces the carbon footprint and generates a productive chain, improving the competitiveness of the creative destination,” explains María José Mira, manager of the Lago Llanquihue Destino Creativo Program, inviting people to try the flavors of this territory.

Music is another of the pillars of this destination, with a long musical tradition that is reinforced by the recognition of Frutillar as a Creative City of Music, by Unesco. At the level of the Llanquihue Lake basin, the Los Lagos Independent Music Network (Redmill) is the articulation instance that seeks to bring together musicians, creators and producers from the area and together with consolidated institutions such as Teatro del Lago, Combas, Camp Música Austral, Sello Música Actual, Semanas Musicales de Frutillar, Estación Rock, Piedrandina, Tronador, among many others, seek to promote music through festivals, workshops and music schools aimed at beginners as well as professional musicians.

The craft can be experienced through multiple expressions. From exhibitions and textile residences in Puerto Varas and Llanquihue, to the rescue of the trade of carpentry and navigation in Puerto Octay.

Llanquihue Lake Creative Destination convenes with the proposal that whoever approaches, listens to a story, lives an experience, awakens inspiration. And who leaves, a story takes. The invitation is to discover it and live it.