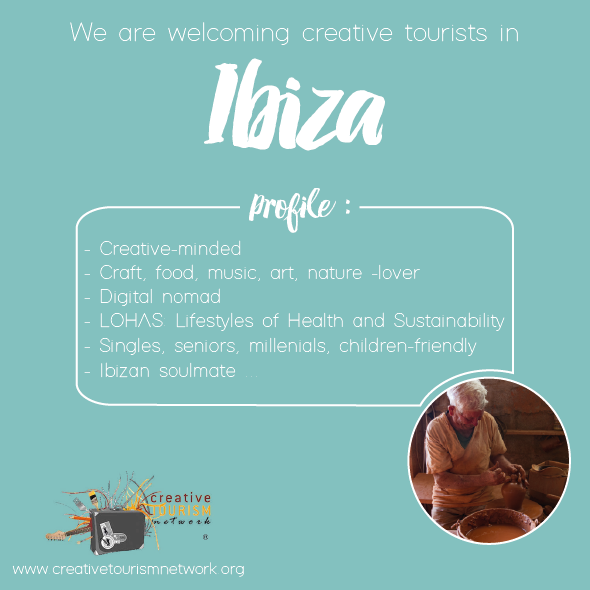 If there is an island in the Mediterranean, which is like a melting pot of culture, it is undoubtedly the island of Ibiza.

Its 572 km2 are home to many worlds to discover, which mean that its creative potential multiplies compared to the major cities of the world. Ibiza has been and is residence of great artists.

Proposals such as the Bloom Festival, the Jazz Festival and the Medieval Fair are among the events that have consolidated themselves as authentic international references for experiential tourism, in addition to the multitude of activities and encounters with the tradition and the ancestral customs of the island.

Throughout the year, numerous events have paid tribute to the work of esparto, to the famous “seneions” (baskets), to traditional espadrilles, to the production of aromatic herbs, to the elaboration of products based on carob or the honey of the island, among others.

Throughout the winter, every Saturday, artists and craftsmen gather at the famous Las Dalias flea market – or at the artisanal market of Sant Joan – huge windows that open onto the wonderful world of local crafts.

The cuisine deserves a chapter in itself, having become, in recent years, a reference in terms of quality in major international gastronomic events. The delicious traditional cuisines of Ibiza such as bollit de peix, ratjada, flaó orgraixonera coexist with proposals from renowned chefs such as the Adrià brothers, Paco Roncero or Sergi Arola.

→ “Il turismo creativo bussa alla porta”- Where and How of Creative Tourism: the example of Ibiza  (p.52-55)