The Creative Tourism NetworkⓇis very proud to count the city of Barcelos (Portugal), among its CreativeFriendlyDestinations. Barcelos is also a CreativeCity of UNESCO.

The city proposes all year long a very rich program of cultural and creative activities. Here are just some of the ongoing and upcoming activities.

Barcelos Municipality presents, once again, a program full of creative initiatives to promote the best of our city.

Until March 6th, is on display the exhibition “Barcelos Traditional Crockery in a Small-Scale” by Domingos Duarte Coelho Vasconcelos’ ceramic. Showcasing regional crockery, this artisan decided to dedicate himself to miniatures, which have a decorative character.

In addition, the Tourist Office is promoting a photo exhibition titled “Portraits of the Rooster in Barcelos Traditional Commerce”, setting up a Creative Roadmap of the several interpretations of the famous Barcelos Rooster displayed in the local commerce establishments.

Carrying-on in the exhibitions, from March 11th until April 17th, the exhibition “Joaquim Messias, Some Other Imagery”, will be followed up by an author exhibition of the artisan Mina Gallos. Both exhibitions will be presenting and promoting the “Figurado de Barcelos”, a certified art with unique artistic value, enhancing Barcelos as UNESCO Creative City. 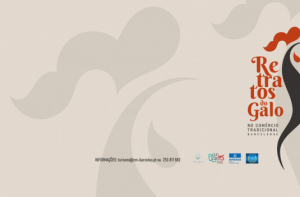 Craftsman, one who creates art through his hands, who unleashes the talent that runs in his blood and allows it to become matter.

March 19th is the day chosen to mark the importance of all those who embrace this honorable profession. 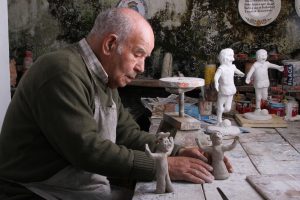 Barcelos City Council is once again presenting the “Touring Barcelos” program, which includes 21 initiatives to be held between February and December 2022, aiming to promote and boost the municipality’s natural and cultural heritage, often located off the usual tourist routes. This initiative is part of the set of creative actions that promote the discovery of the municipality of Barcelos and is a complimentary offer for all those who choose Barcelos to spend their holidays or simply a weekend in one of the many accommodation units scattered throughout the territory. 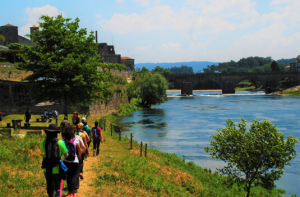 From March 11th to 20th, takes place the Gastronomic Week of the Rooster, the “Papas de Sarrabulho” and of Fried Pork in Barcelo’s traditional way.

Between March 11th to 13th, Barcelos celebrates Rooster Week. Between March 18th to 20th, takes place the traditional winter dish “Papas de Sarrabulho” (cornflower and pork) and “Rojões” (fried pork) traditionally cooked in a true two in one of the regional tasting dishes. Several local restaurants participate in this mega Gastronomic Event whose main motive is the celebration and promotion of regional culinary art. There is also space to host several activities starting with the Creative Route of the Wines and Vines and culinary workshop about “How to make Papas de Sarrabulho in Barcelo’s traditional way”. 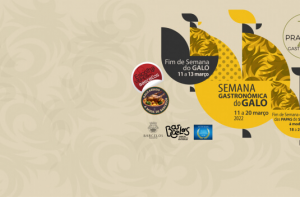 PROJECT: CULTURE FOR ALL :

The “Cycle of workshops in Pottery and Ceramics Design” has already started on January 13th. This project that results from a partnership between the Municipality of Barcelos and the Pottery Museum and the Higher School of Design of the IPCA, to organize a cycle of training workshops in the field of design in pottery and ceramic products, integrated into the program “Culture for All”, which seeks inclusion through the integration and interaction of different audiences based on contemporary design methodologies. The project, which is being developed by the IPCA, includes a cycle comprising eight workshops, of a theoretical, theoretical-practical and workshop/laboratory nature, in a total of 160 hours. It will have two editions and promotes training in the field of design in pottery and ceramic products. 52 Candidates applied for this initiative and 20 were admitted. This action takes place within the scope of the Culture for All Program in an Inclusive Educating City, a project promoted by the Municipality of Barcelos and co-financed by the European Social Fund through the Norte 2020 Program. 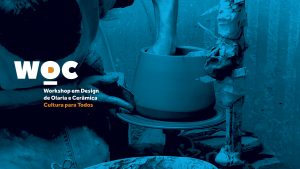 The city of Barcelos developed a documentary titled “Barcelos 7 Routes of Crafts and Folk Arts”. The project aims to enhance Barcelos 7 Craftsmanship Routes, in order to inspire, strengthen and bring new ideas to the community of Portuguese artisans. 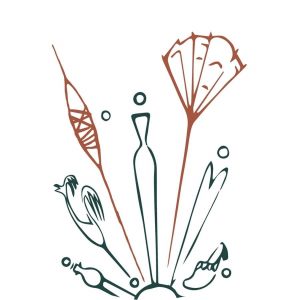 FROM TRADITION TO INNOVATION

Figurado de Barcelos (Barcelos Imagery), a prominent brand in the Minho region, has its identity based on tradition. In the past, Barcelos Rooster or the works of Rosa Ramalho were, to a certain extent, disruptive and a breath of fresh air in the national artistic panorama. These and other factors have made them known and famous around the world, being currently an inherent and inseparable part of what we call tradition. In this way, tradition and innovation live side by side, keeping this art alive. The first conveys the know-how, passed on from generation to generation and even the different thematic, that guide the artists’ hands in more or less standardized shapes and forms. On the other hand, stands the audacity and rebelliousness that each artist imposes on its own creations, trailing and breaking new worlds.

Furthermore, it points to an aesthetic (re)view of the works based on the peculiarities of the artists in the contemporary world, among other aspects. Without neglecting dogmas and canons, they do not cut with the past, they only give it a new sense and dimension, resulting in distinct artistic signatures. Therefore, the Pottery Museum presents the exhibition – From Tradition to Innovation: The Imagery of Carlos Dias, Telmo Macedo, Laurinda “Pias”, Eduardo and Jesus “Pias”, in which visitors can enjoy the works of these Barcelo’s ceramists.

Carlos Dias has a peculiar view of the world, and impute that influences and definitively guides the chromatic palette he uses. In his work, he blends the dark and light of pastes, fusing the hardness of stoneware with the elegance of porcelain. His works are guided by modern and stylized lines. Telmo Macedo started in the art of clay making cascades, a family tradition, that bored him. His taste for creation led him to imagery. With his own ideas and paternal help, he forged a youthful, dynamic style with bold lines, marked by bright colors and whimsical details. Laurinda “Pias” molds with fineness and skillfulness different figurines of multiple sizes, being Saint Anthony her favorite creation. At night she roams through two main paths, sometimes combining the purity of terracotta with faience, sometimes bathing her creations in unmistakable iridescent glazes. Eduardo “Pias” and Jesus “Pias” give an unusual life to stoneware. They range from detailed, almost sculptural contours, to polychrome playful shapes. In this way, they imprint their distinctive personal stamp in the Figurado de Barcelos (Barcelos Imagery), re-imagined in each creation.  Just as clay springs from the earth and figurines spring from the artist’s hands, the artist is also born, flourishes, and matures throughout his life and work. Since learning within the family, all of them, to some extent, drank from the imagination that impregnates the Figurado de Barcelos (Barcelos Imagery). And with this common background, Carlos Dias, Eduardo “Pias” and Jesus “Pias”, Laurinda “Pias”, and Telmo Macedo, decided to make their own way, creating new perspectives and representations of the Figurado de Barcelos (Barcelos Imagery).

On display at the Pottery Museum, in the Sala da Capela, until April 3rd, Memories Born in Clay lists a careful selection of the creations that best represent its author Fernando Morgado, as well as his life, polished by rigor and work.

Surrounded by a familiar nostalgia, which transports us to a reality that no longer exists, the pieces on display are full of memories and folklore. They are thus manifested, as a deep declaration, of moments that are now memories.

The pastel colors with which the pieces are painted give each one a warm and tender tone, creating a stream between the potter’s feelings and the chromatic palette used for the decoration of these figurines.

In this exhibition, Fernando presents a variety of moments he lived and that were reinterpreted in clay, and by doing so he created eternal memories of a life full of meaning.
From the ox-carts, to cows kneading the clay, from the joy of folklore, to traditional games, the pieces that can be seen here are multifaceted and full of feelings, that dress the naked exhibitors painted in white, to welcome all these narrations.

In this room, where the word that echoes from the wide walls is memory, we immediately see at the head of the exhibition, the busts of those who were the foundations of his life. Hence, we perceive the importance and strength of family ties that these elements assume throughout the course of Fernando Morgado’s life and without which he would not be who he is today.

Father’s day is celebrated on March 19th, and the Pottery Museum will celebrate this important day with the youngsters.

Thus, with the participation of the artist Maria Carvalho, will be developed a very special activity with our youngsters, as they will create their superhero father, through clay modeling, with the application of some accessories.

The activity is free of charge and will be divided into two sessions that will be held on March 13th and 19th, beginning at 2:00 pm, lasting 90 minutes each, at the Pottery Museum and each session will be preceded by a guided tour to one of the Museum exhibitions.

Children between the ages of 3 and 12 can participate, accompanied by an element.

Registrations are limited and mandatory via email: servicoeducativo@cm-barcelos.pt 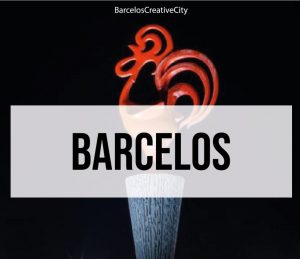